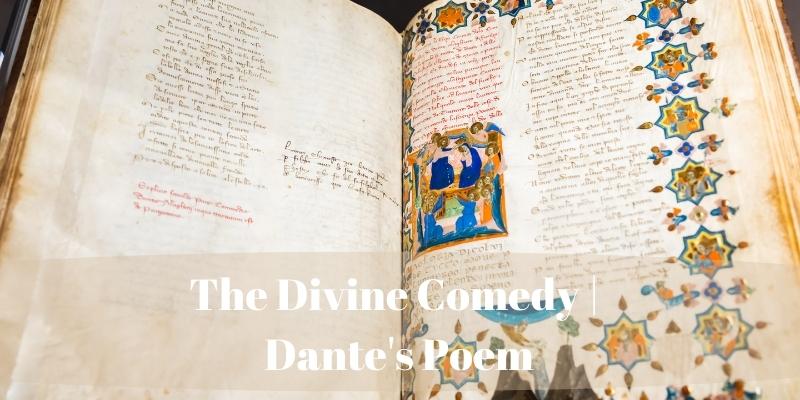 Dante decisively influenced the course of literary development by writing this poem called “The Divine Comedy” in Italian rather than Latin. He gave voice to the figure of his country and succeeded in making Italian the academic language of Western Europe for centuries.

Dante’s Divine Comedy, a masterpiece of medieval literature, is a profoundly Christian vision of man’s temporal and eternal destiny. On a personal level, it is based on the poet’s experience of exile far from his native Florence.

The poem stands out for its range of learning, penetrating and comprehensive analysis of contemporary issues, and inventiveness of language and imagery.

When did Dante write the Divine Comedy?

In March of the same year, he condemns Dante and his companions to burning at the stake if they attempt to return to Florence. In 1315, after Dante and his sons refused the terms of the amnesty, a second judge sentenced them to death by beheading. The poet survives, wandering from town to town.

Little is known about his life, but it seems that he wrote the ‘Divine Comedy’ during his exile until 1321, the year of his death.

Exile is one of the central themes of this monumental work of verse, in which the author does himself justice by finding a place in Hell for his enemies, including Boniface VIII.

Was Dante involved in politics?

After the “black Guelfs” regained power in Florence in 1301, with the help of Charles de Valois, brother of the King of France, Philip the Fair, and the support of Pope Boniface VIII, Dante, and the other “white Guelfs,” who had left the city, are tried in absentia.

Although a man of letters, Dante was also very involved in the political life of Florence. In 1300, he was elected prior, one of the nine local executive members for a two-month term. It was this prestigious position that hastened his fall from grace.

In January 1302, Cante de Gabrielli found them guilty of corruption. And also, the extortion gave them three days to pay a heavy fine and banned them from holding any public office.

What is the Divine Comedy?

It is structured in three canticles (Inferno, Purgatory, and Paradise). Each contains 33 cantos with an almost equal number of lines. Therefore, the work is remarkable for its impressive symmetry.

The Divine Comedy presents Dante’s journey through Inferno, where sinners receive punishment after death according to the Christian religion. Through Purgatory, the place where, according to the Catholic faith, souls are purified—purified to enter Paradise, the land of the happy spirits of the virtuous.

Lost in the forest, pursued by three wild beasts (a panther, a lion, and a she-wolf), ready to fall prey to the passions symbolized by these beasts. Dante meets the shadow of the poet Virgil, who rescues him from his wandering, suggesting that they cross the realm of the world beyond.

What does Dante describe in the Divine Comedy?

Although written in the typical manner of medieval literature (religious inspiration, moralizing tendency, language based on visual perception of facts). The poem Divina Comedie tends towards a broad and dramatic representation of reality. Far from the spiritual characteristic of Dante’s time. They are written in the Tuscan dialect. The work had a considerable influence on the Italian language and literacy development.

In his work, Dante describes his descent into Hell, passage through Purgatory, and finally, his ascent into Paradise. He is ending with the apotheosis of his union with the Divine. “The Divine Comedy is Dante Alighieri’s most famous work and one of the most important masterpieces of universal literature.

The writer began writing the poem as early as 1307, before his years of exile. And also continued to develop it until the last moment of his life.

Experts have agreed that Dante was the victim of biased judges, but Alessandro Barbero, Italy’s most renowned medievalist, has recently launched another challenge. They claim that the condemned poet may have abused his office.

Dante was not corrupt, but it was “not entirely impossible” to imagine that he could have used his powers to favor his political allies, is the hypothesis the scholar has put forward in a biography of the writer.

Alessandro Traversi hopes to shed light on the matter and rehabilitate the Florentine genius.

What does The Divine Comedy summarise?

By writing the poem in the Tuscan dialect rather than Latin, Dante transformed Italian into a literary language, thus becoming one of the central figures of European literature.

The Divine Comedy synthesizes the artist’s philosophical, scientific and political views, interpreted allegorically, morally, and mystically. Beyond its profound meanings, it is the dramatization of medieval Christian theology. The “Divina Commedia” is the allegory of the purification of the soul and the acquisition of inner peace through wisdom and love.

Each section contains 33 songs, except the first, which has an extra piece as an introduction.

He spent most of his exile in Verona, 1307-1309 in Paris, and later in Ravenna. Dante’s masterpiece, the ‘Divina Commedia,’ is an allegory in verse of great dramatic precision. So, the original title given by the author was “Comedia.” Also, the adjective “divine” was used by Boccaccio in his work “Trattatello in Laude di Dante.” It appears for the first time in an edition of 1555.

First Council of Nicaea. Was The Bible Created At The Council Of Nicea?